Watch "The Pursuit," a documentary on Netflix which is being called "the film capitalism needs right now." It follows one man's belief in the free market and its ability to lift people out of poverty.

During the weekend of November 9th and 10th we have three events happening at the Doubletree Hilton-Westside, 6161 West Centinela Avenue, Culver City, CA 90230.

On Saturday the 9th we will be holding our 4th Quarter Executive Committee Meeting and any member may attend. Included on the agenda is the elections of the National Platform and Credentials Committee representatives for the 2020 National Convention in Austin. If you’ve wanted to get involved in the national party, this is an excellent opportunity to do so. We will also be making endorsements for our 2020 candidates. If you are running for partisan or non-partisan office I hope you will come and seek the Party’s endorsement.

What Is the Ideal Strategy for the Libertarian Party?

"The Libertarian Party should never again put up national candidates whose views are similar to those of Gary Johnson and Bill Weld."

That was the resolution of a public debate hosted by the Soho Forum in New York City at the SubCulture Theater on September 10, 2019. It featured comedian and podcast host Dave Smith and Nicholas Sarwark, the chairman of the Libertarian National Committee. Soho Forum director Gene Epstein moderated.

Arguing for the affirmative was Dave Smith, whose 2017 comedy special Libertas was ranked as the number 1 comedy special on iTunes for three weeks. Smith is the host of the popular libertarian podcast Part of the Problem and a co-host of the comedy podcast Legion of Skanks.

It was an Oxford-style debate: The audience votes on the resolution at the beginning and end of the event, and the side that gains the most ground is victorious. Smith won the night by convincing 20 percent of the audience, while Sarwark convinced 16.8 percent.

The Soho Forum, which is sponsored by the Reason Foundation, is a monthly debate series at the SubCulture Theater in Manhattan's East Village.

LNC Seeking Applicants to Serve on the Bylaws and Rules Committee

The Libertarian National Committee (LNC) is seeking applicants to serve on the Bylaws and Rules Committee for the May 21-25, 2020 national convention in Austin, Texas.

The LNC expects to make the appointments in an electronic meeting near the end of October. The LNC appoints all 10 of the Bylaws and Rules Committee members. 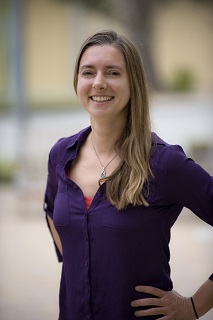 Teresa has been a registered and active voting Libertarian for over a decade. She was first introduced by Susan Cvach, who ran as the Libertarian candidate for Coconino County Board of Supervisor. Teresa passionately advances the fact that our nation's spending and increasing debt by Republicans and Democrats cannot continue and strongly pushes for the rights of the individual. Her favorite book is The Fountainhead by Ayn Rand.

As Public Relations Chair, Teresa will be responsible for the dissemination of information about the LPVC to the media and the public an average of one press release per month sent to newspapers as well as responding to letters to the editor and OPED as needed.

The Libertarian Life and Legacy of David Koch by Nick Gillespie

David Koch, the billionaire free market philanthropist, has died at the age of 79.

In 1980, Koch was the vice presidential candidate of the Libertarian Party, whose platform that year endorsed the then-radical notions of legalizing drugs, ending penalties for victimless crimes, and full acceptance of gays and lesbians. The platform also called for the abolition of the CIA and FBI in the wake of the Church Commission findings of widespread abuse. In 1987, he told Reason, "Pursuing a very aggressive foreign policy…is an extremely expensive endeavor for the U.S. government. The cost of maintaining a huge military force abroad is gigantic. It's so big it puts a severe strain on the U.S. economy, creating economic hardships here at home." Not surprisingly, he was a critic of the Iraq War and other 21st-century interventions.

See full story and listen to the REASON Podcast 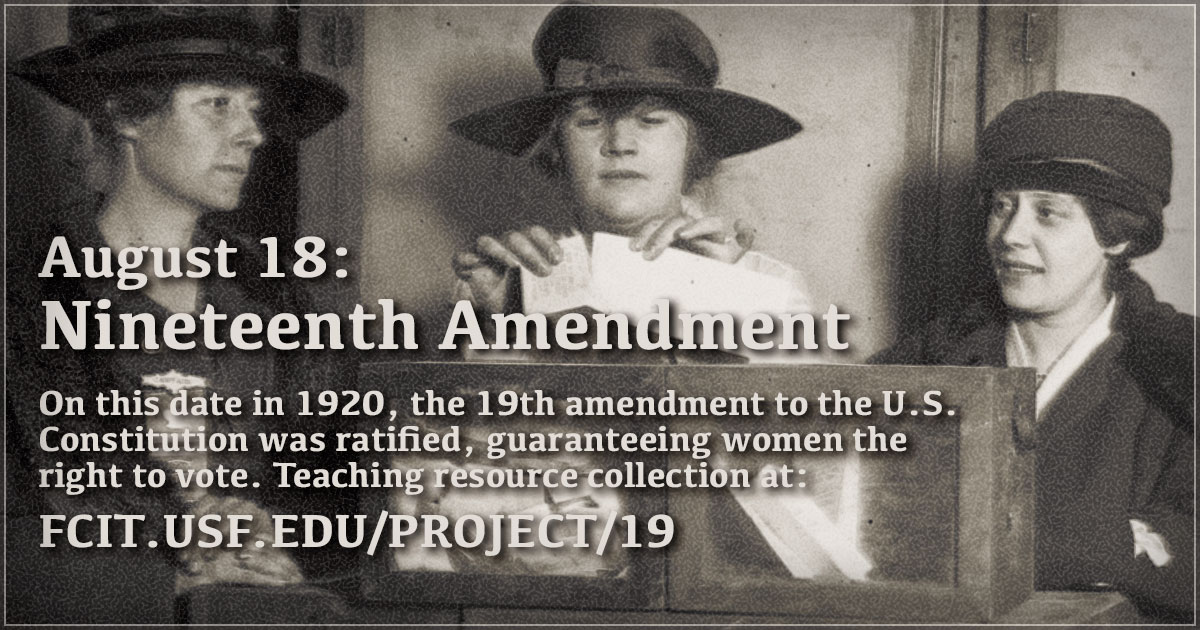 When entire demographic groups are kept politically powerless, government authority is easier to abuse. For many decades, the U.S. Constitution condoned official discrimination against women and racial minorities by allowing states to deny them their fundamental right to vote. The 15th Amendment finally prohibited disenfranchisement based on race in 1870, but it would take another 50 years to guarantee women’s suffrage nationwide. On Aug. 18, 1920, Tennessee became the 36th state to ratify 19th Amendment, adding these words to the Constitution: “The right of citizens of the United States to vote shall not be denied or abridged by the United States or by any State on account of sex.”

It has been 99 years since the rights of women to political participation and representation were recognized by the passage of the 19th Amendment, and the world is a remarkably different place. There’s still a long way to go, however, to ensure that all individual rights are recognized and protected.

“When asked, many Americans will cite the freedom of speech as one of the most important natural rights that must be recognized by any country,” said Libertarian National Committee Secretary Caryn Ann Harlos. “Yet, until 100 years ago, the cornerstone of free speech — the right of political free speech — was fundamentally denied by the United States, with rare pockets of limited exceptions in several states, to one group of people based only upon the fact that they were women. This is important to remember and honor so that we do not repeat this ignorance in the areas of other fundamental rights.”

The passage of the 19th Amendment reminds us that we’re not stuck with abusive laws and policies. It’s within our power to implement real political change, rooting out every form of oppression and protecting all of your rights all of the time.

“I am a Libertarian because I believe in the fundamental inherent dignity and rights of all people — that they have the right to fully participate in all aspects of life subject only to their choice and avoidance of infringing upon the equal right of others to do the same,” Harlos said. “In the area of political speech, when that is denied, violence and oppression is inevitable. In the area of the full social and economic equality of women, this is a day to remember how far we have come and to look with optimism towards the future. Radical change is possible. It has happened before. A future free of all aggression against the rights of all people can happen. I believe it will.”

Robert Bender, a Libertarian Party of Ohio candidate for the Reynoldsburg City Council, has been returned to the November ballot by court order after previously having a critical number of his petition signatures invalidated by election officials.

Robert Bender had filed suit seeking reinstatement in the race for the Ward 3 council seat after elections officials invalidated several petition signatures he had submitted, leaving him short of the number needed to appear on the ballot.

According to court documents, Bender submitted his candidacy declaration in early February, and elections officials determined that he had the requisite number of valid petition signatures to qualify for the ballot. 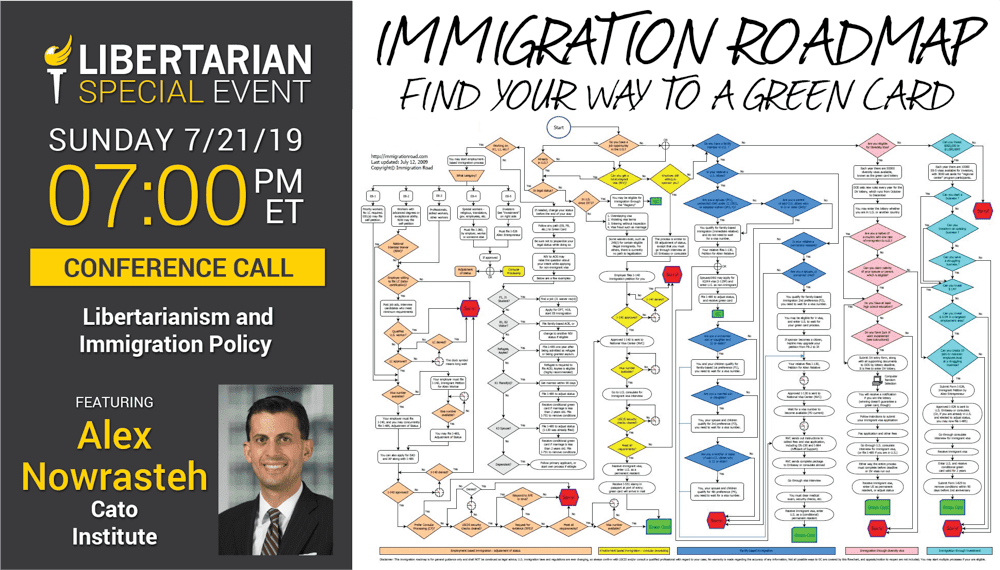 Every ten years, after the federal census, California must re-establish the boundaries of its Congressional, State Senate, State Assembly, and State Board of Equalization districts to reflect new population data and shifting populations. The "Voters FIRST" Act gave this power to California citizens ensuring that new and fair political boundaries are drawn without special interests, politics and political influence.

California citizens who are eligible may submit an application to the California State Auditor’s Office during the initial 60-day application period from June 10, 2019, to August 9, 2019.

This is your chance to become a part of creating fair and transparent district boundaries that serve the best interests of the people of California. If you believe politics are better when all sides work together and you have a passion for civic engagement, apply to become one of 14 new 2020 commissioners.

Be the Libertarian on the team. Go to: http://shapecaliforniasfuture.auditor.ca.gov/